A few months ago I heard some buzz around the Etsy Team forums that some sellers had the opportunity to work with celebrities and production studio prop departments in the form of having their products and merchandise used on the sets of tv shows or movies. Etsy is a great place to find something unique, so it only makes sense that it could potentially be one-stop-shopping for entertainment productions. 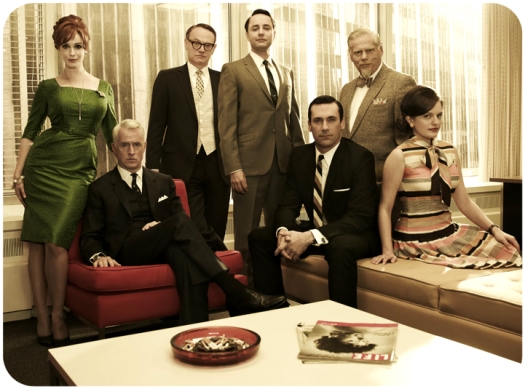 Today I was contacted by the Prop Master for AMC’s Mad Men regarding typewriters I sell in my Etsy shop, AMPERSANDxyz. Long story short, my baby blue Brother De Luxe will be featured on the set of the upcoming sixth season of Mad Men! 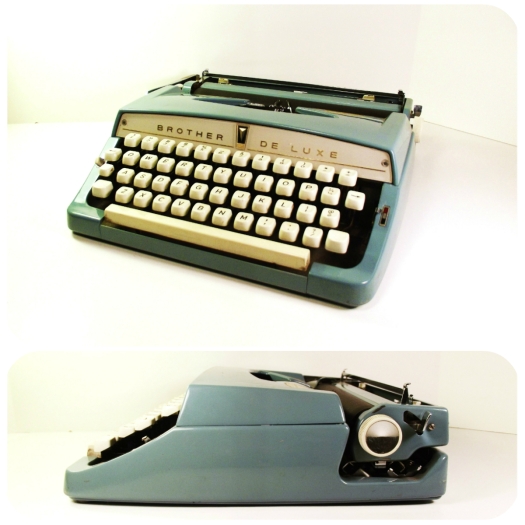 Regardless that this typewriter was manufactured in Nagoya, Japan for Brother Industries of the UK, typewriters such as these were an American staple in the 1950’s and 1960’s home. Good Housekeeping even felt so incredibly confident in this particular model of typewriter, that they even put their name on it, in the form of a gold foil sticker on the top shell. These fully manual machines aren’t just a relic from the past. They are finding their way into the homes and hearts of the modern Americans, and not just on an episode of Mad Men.

If you would like to read more about the Prop Master of Mad Men, Ellen Freund, you can go to this Huffington Post interview. On the other hand, you could also read this fun interview about how Ellen Freund Spends $15,000 Per Episode on Mad Men Props. Yikes, but wow!